The world needs starch
Crespel & Deiters in the export business … 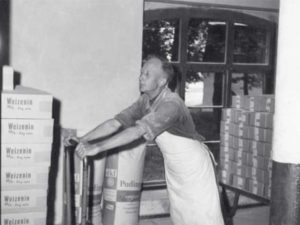 Dispatch preparation in the export department of Crespel & Deiters about 1960

Crespel & Deiters already seizes the business opportunities offered by the export business early on. The Westphalian company from Ibbenbüren was already exporting wheat starch in 1878. Here the English market was of particular importance. At times, 25 % of the complete production volume was delivered to England. World War II, inflation and the post-war reconstruction grinds the wheels of this bustling trade to a sudden halt. At the beginning of the 1950s, though, Crespel & Deiters is again working hard on its international business plans. Because both then as well as today, export offers medium-sized companies a good possibility to maximise sales with business abroad.

Wheat starch powder made in Germany 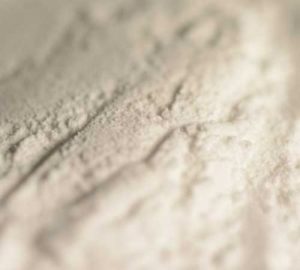 In 1951, 200 tons of wheat starch powder, used worldwide for baking fluffy pastries, are sent from Ibbenbüren to Hull in Great Britain. Ironically, during this time, Crespel & Deiters benefits from business with England and the whole world with a quality promise that was originally issued by the British in 1887 as a warning that indicated inferior goods from Germany. By the middle of the 20th century, “Made in Germany”, which was still often considered an obstruction for export by the end of the 19th century, has long since turned into a sales promotion measure for German products abroad. The Netherlands is also supplied with 1a wheat starch powder from Crespel & Deiters. What is more, as of 1956, it is also exported to Egypt, Belgium, Hong Kong, Israel, Siam, Venezuela, South-West Africa and Syria. 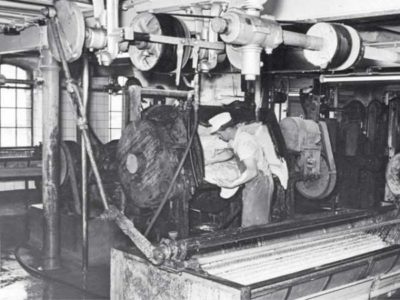 Starch production at Crespel & Deiters at the beginning of the 1960s

During this time, the foreign relations with Switzerland are significantly more innovative. Crespel & Deiters concludes a so-called raw material credit business with the Blattmann company, through which it is already supplying Maggi. For this, Crespel & Deiters sells wheat gluten to Switzerland, which is used for soup seasoning, pet food or producing adhesive. Instead of paying for it, Blattmann in turn buys wheat in the USA, which is then delivered to Crespel & Deiters in Germany. In the 1960s, trade with wheat gluten is also extended to Italy, France, Norway, Spain, Canada and the Far East.

In 1965, Crespel & Deiters starts with the production of vital gluten. This dried wet glue contains the full vitality of gluten and ensures that bread rises and gets the right texture that is needed for slicing. Crespel & Deiters’ vital gluten becomes a leading export in the USA. Apart from the tried-and-tested wheat gluten, the Americans buy about 1,000 tons of vital gluten from Crespel & Deiters. However, the export business is also booming in France, with 1,500 tons sold. 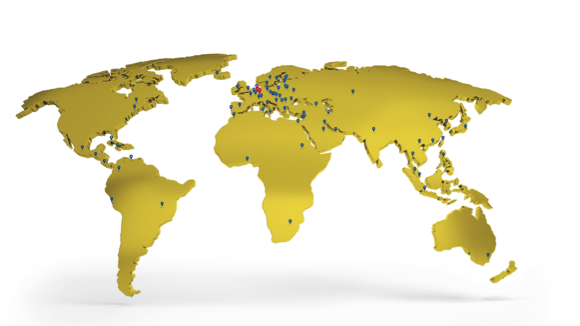 The Crespel & Deiters Group is a global player.

Since 1990, the export share at Crespel & Deiters has been higher than 20 % – and this is increasing continuously. Today, with its individual companies C&D and Loryma, the Crespel & Deiters Group is a global player with more than 700 customers in more than 80 countries, ranging from the USA to Australia, from the EU countries to Asia.