They say the first victim of war is the truth. Here, too, the 2nd World War already started with a lie. After Poland allegedly infringed on German
boundaries, German troops march into the neighbouring eastern country in 1939 and, in so doing, initiate the largest military conflict in the history of mankind to date. Unimaginable barbarism drives the world to edge of disaster in the following six years.

The War starts at Dawn 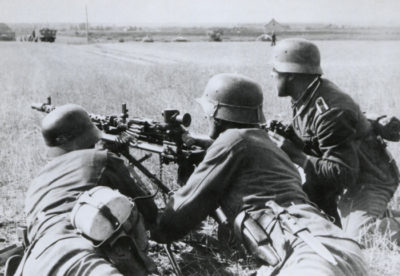 60 states are involved in the 2nd World War. More than 100 million people are under arms.

It­′s the 1st of September 1939. While the majority of the citizens are still in their beds in the little Westphalian city of Ibbenbüren, the German Wehrmacht attacks Poland at dawn. Also at Groner Allee in the Crespel & Deiters starch factory, the machines are still standing still. A little bit later, the first people arrived at work. It is a normal day. People are working, talking, laughing. Only later on do the people find out on the radio what happened in the morning. Many people are concerned, since the memory of World War 1 has not faded yet, and this also applies for its sordid impacts. Yet events take their course. Germany and, soon thereafter, half of the world are at war. 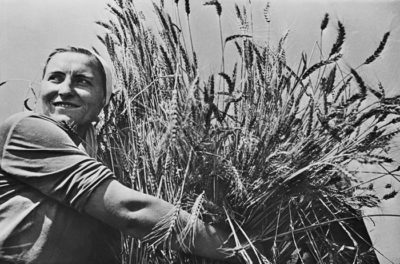 Following a brief peak in sales, the state control of production, distribution and the pricing of agricultural products, as well as the import ban on foreign wheat as of 1933, soon results in resource scarcity.

Following the first blitzkriegs and the German victories associated with it, which Poland, Denmark, Norway, the Benelux states and France fall victim to, the German army is pushed back by British troops in Great Britain in 1941. The Russian military campaign also turns out to be a catastrophe. Meanwhile, the poor economic planning of the government in Germany becomes noticeable. The NS regime has already propagated national protectionism since the seizure of power in 1933. The Germans are called on to purchase only German goods. Foreign suppliers are disadvantaged on the domestic market and driven out. The Nazis base their mysticallycultivated “Blood and Soil” ideology on a society returning to agriculture. Within the strived-at return to an agricultural movement in Germany, supply, demand and prices of agricultural produce are to be regulated. The steering of consumption, which in itself is already absurd, does not pan out. Quite the contrary, the agricultural produce already declines by 15 per cent before the War.

Products against the “Fat Gap”

For Crespel & Deiters, the national socialist planned economy means a constantly increasing lack of the required raw material of wheat. With the
start of the War, the ban on importation of foreign basic foodstuffs and the rationing for food, the company has even fewer raw materials at its
disposal. However, in the short term, Crespel & Deiters benefits from a shift in the starch market.

While the rice starch industry collapses, as it is dependent on the now lacking foreign imports, the local wheat starch industry experiences an
upturn. Since meat and fat are scarce commodities during the years of war, the Reich Ministry for Nutrition and Agriculture tries to substitute the lacking
nutrients with grain and bread. Especially the valuable and nutrient-rich wheat starch helps to close the so-called “fat gap”.

Once again, Crespel & Deiters adjusts its range of products to the current market requirements and helps to sustain the nutrition of the German
population with nutrient-rich wheat-starch production. Under the name WEIZOMALT, Crespel & Deiters now distributes foods such as coffee
surrogates, spices and sauces. Also urgently required feed for livestock is produced. 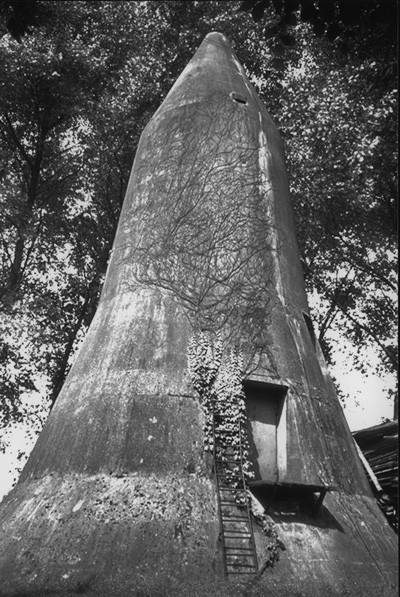 In Crespel & Deiters Spitzbunker in Ibbenbüren, many people find protection during the War.

During the War, the wheat starch specialist in Ibbenbüren is also an important employer in the region. In contrast to other employers, Crespel & Deiters does not employ any forced labourers but rather gives the women who stayed home during the War and those men who were unfit for army service work on the estate as well as in production and the office. Despite adverse conditions, business is going quite well. However, the correspondence of a customer who repeatedly writes to Crespel & Deiters in 1942 with the words “May we request an allocation today? We are very embarrassed for goods.” provides an impression of how difficult daily business must have been during this time.

For six years, half of the world is bogged down in chaos and cruelties. On the 8th of May 1945, the world breathes a sigh of relief: The War is over, the Nazis conquered.

As always in its long and eventful corporate history, Crespel & Deiters focusses on its strengths. The knowledge pertaining to the raw material of wheat and its processing, the strong solidarity of family and employees and entrepreneurial inventiveness also succeed at bringing Crespel & Deiters safely through the turmoil of the 2nd World War. On the 8th of May 1945, the nightmare comes to an end. Germany surrenders and the War is over. There are more than 60 million victims. The horror of the holocaust and the Romani genocide. Destroyed cities and people. Ibbenbüren becomes a part of the British occupied zone. 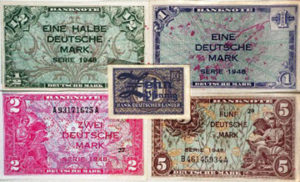 In 1948, every citizen starts out with 40 DM in cash during the time of reconstruction.

The redevelopment of starch production following the War turns out to be challenging. With wheat no longer coming from the east of Germany, which is now in Russian-allied possession, and the foreign wheat imports, Crespel & Deiters is lacking raw materials. The situation only changes with the currency reform in 1948. For the first time in years, to the largest extent at least, the introduction of the D mark allows normal business trade.

However, to start with, Crespel & Deiters has its difficulties with the impacts of the new currency system. Because, with the devaluation, all liquid resources are destroyed. To keep business up and running that kick-started again after the War only with great effort, the company, like many others, too, has to finance its business on bills of exchange. Accordingly, during this time, everyone is indebted to everyone. Fortunately, about one year later, with the founding of the Federal Republic of Germany, the economic miracle commences in the three western zones. In the coming years, Crespel & Deiters not only develops into a leading specialist for wheatbased products in Europe but, with brand products like wheatin, Pudinga and Drei Hasen (three hares) wheat powder, it also writes a piece of German economic miracle history.