Skip to content
Home>Milestones>From wheat starch to corrugated board

In the 1970s, the Federal Republic of Germany suddenly awakens from its “Wirtschaftswunder” economic miracle, which lasted nearly two decades. Business starts to normalise and growth stagnates. The result is high unemployment figures, which the West Germans are no longer used to, and last experienced after the 2nd World War. During this time, the employees at Crespel & Deiters had a lot to do. This is because the wheat starch business is impacted less by the general economic climate than by the European agricultural policy. And this is very positive for the Westphalian company.

Starch for the paper industry 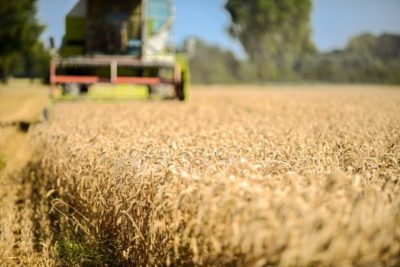 Also today, due to own cultivation in the EU and the absence of customs, wheat is less expensive than corn from the USA.

Corn used to be the less expensive raw material for starch production. However, in the mid-seventies, Brussels takes the decision to align the prices for corn and wheat. Since the EU charges expensive custom duties for imported corn, home-grown wheat now has a clear advantage. The less expensive price and the raw material’s faster availability now opens up new opportunities for Crespel & Deiters. The Ibbenbüren wheat starch specialist has already been thinking about expanding its portfolio to the paper industry for a long time. Crespel & Deiters has enough resources to realise this, and the only thing still missing at the time is the application knowledge for developing special starches for paper manufacturing. Help approaches from the far north. With the Finnish food and starch group, OY Vehnä AB Raiso, Crespel & Deiters finds the desired partner for developing the European paper production market. On the 9th of March 1979, the contracts for a 50:50 joint venture between Crespel & Deiters and Raiso are signed.

Putting a name to it

The DEFIN company logo for the German-Finnish joint venture 1979

The name of the new subsidiary is both creative and logical. DEFIN is the name of the new GmbH (limited liability company). This first syllable is derived from the company name “Deiters”, the second syllable from the home country of Raiso, Finland. Also the Latin word “finalis” for permanent, plays a semantic role. Because, after all, the company wants to produce high performance adhesives for the paper industry – and they have to keep the product together permanently.

The partnership gets off to a promising start. Raiso contributes the technical process for liquid modification to the new business relationship. By means of this, the oxidised and primary cationic wheat starch products are produced for the paper industry. Crespel & Deiters provides the premises and the production hall in Ibbenbüren and is responsible for providing the required wheat starch quantities. Both companies contribute equally as regards the technical equipment. And, once again, foundations are laid in Ibbenbüren for the company’s future development.

Firmly focussed on the goal

DEFIN machine for the production of oxidised, primary cationic wheat starch products for the paper industry at Crespel & Deiters

The development and production of the new products starts with plenty of enthusiasm. However, as good as the idea might be, the realisation turns out to be somewhat more challenging. The Raiso procedure fails to provide the desired quality with the produced cationic wheat starch. Sales, which have only just started, grind to a sudden halt, driving DEFIN GmbH to the verge of insolvency. Yet Crespel & Deiters has faith in the new product. The specialist for wheat starch starts developing additional application areas for native wheat starch products by itself. At this time, the German-Finnish partners have long since drifted far apart due to different objectives and solution approaches. After seven years of cooperation, the joint venture ends in 1986, and Crespel & Deiters takes over all of Raiso’s shares.

From DEFIN to C&D Corrugating & Paper

Crespel & Deiters now enters the market with its own product developments. Successfully: Sales grow dynamically, as the paper industry accepts the company’s new wheat starch products well. By 1988 DEFIN is an established name. To serve the markets in an even more targeted manner, Crespel & Deiters takes the decision to split its products into two sectors. Wheat starch and vital gluten are still manufactured in the food sector. In the non-food sector, the company is now producing high performance adhesives for the paper industry. This way, Crespel & Deiters is paving the strategic way for the present-day leading non-food sector C&D with Corrugating & Paper, Technical Applications and Petfood & Feed.

Today C&D Corrugating & Paper is one of the leading manufacturers of customised adhesive concepts for the corrugated board industry. Yet Crespel & Deiters has not forgotten how everything started in the non-food sector. Here, the name DEFIN is the inspiration for the present product name DEFINOL (dry raw materials) and DEFINA (liquid raw materials) of C&D Corrugating & Paper.