Strength comes from within
The Crespel & Deiters family …

From a literal perspective, Crespel & Deiters derives its strength from wheat starch. However, as regards the continuity of its entrepreneurial success, the company draws its strength from the family’s power and sense of community. The Crespels and Deiters family members have already been responsible for the fate of the wheat starch factory in Ibbenbüren for five generations, and during this time they have gone through economic ups and downs, two World Wars, inflation rises, a currency reform and the division and reunification of Germany. Especially during trying times, it is the family’s power and social cohesion that has carried the company and the people belonging to it through the challenging periods.

The start of a family empire 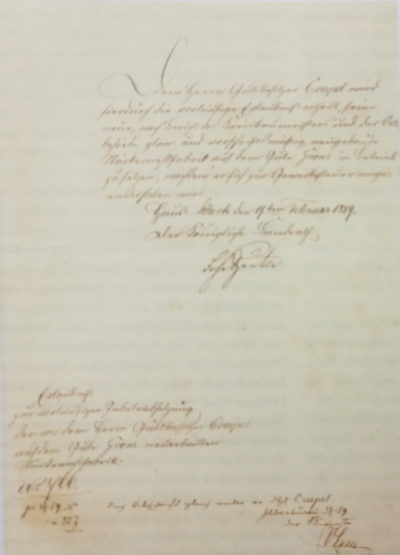 The licence for Alexander Crespel to operate his factory in Ibbenbüren, dated 19 February 1859

Although success is a holistic concept, the family consists of individuals. Over time, every individual has contributed personal talents to the familial entrepreneurial spirit that further advanced Crespel & Deiters. It starts with Alexander Crespel in 1858, when the son of a Frankfurt privy council founds one of the first starch factories in Germany in the Westphalian Ibbenbüren. In a time where new ideas more often than not fail due to the economically conservative attitude, the reform-oriented factory owner Crespel is already doing business in a benefit- and market-oriented manner. There is a reason for this modern and social approach.

Having grown up in an erudite home belonging to Frankfurt’s upper class, the young Alexander was educated in humanistic values from an early age. To this very day, his father, Bernhard Crespel, is known from German literature. Johann Wolfgang von Goethe, his childhood friend, makes him world-famous with the description of their friendship in his biography “Dichtung und Wahrheit” (Truth and Fiction). And E.T.A. Hoffmann memorialises him in his work “The Serapionsbrüder” (The Serapion Brethern) with the council member figure “Krespel”. Alexander Crespel deploys his knowledge and education to establish market-oriented operations that are aligned to social principles. This aspiration has proven its worth over the years. To this very day, the Crespel & Deiters entrepreneurial family is characterised by its humanistic approach. 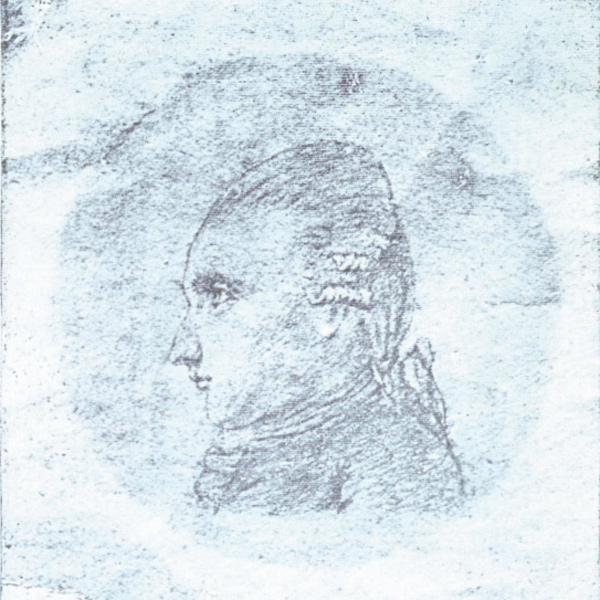 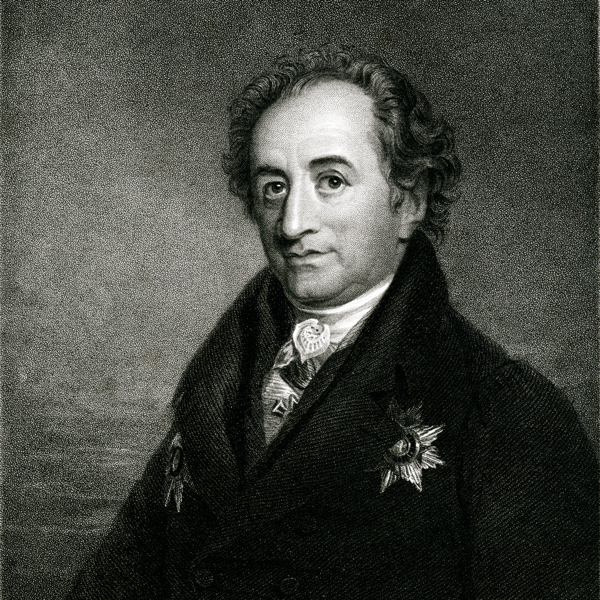 Johann Wolfgang von Goethe was a close childhood friend of Bernhard Crespel, the father of Alexander Crespel. His parental home was characterised by a humanistic approach and had a strong influence on the company founder’s corporate management. 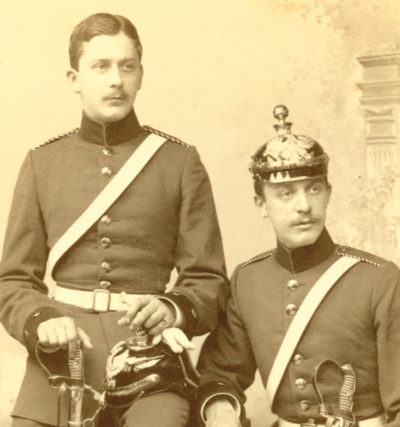 While Hugo and Gustav Deiters are fighting on the front line during the First World War, their wives take over the helm back home with the support of Heinrich Bueren, a friend of the family, and manage business at the family company during the chaos of war. The family doesn’t forget the help of their friend later on and express their gratitude by giving him a one-third share in the company.

Following the retirement of the company founder, his son, Georg Crespel, who leaves the company two years later, and his son-in-law, Josef Deiters, take over the company management in 1868. Deiters further expands the company in the following years. Luise, his second wife, takes over the company management after his death in 1900. Their sons, Hugo and Gustav Deiters, are doing their military service during this time, and both complete an apprenticeship as merchants. They mutually take over operatins in 1909. The First World War breaks out a mere five years later, and the men have to go to the front line. During this time, their wives take over the company management. Maria, known as Mieke, and Luise Deiters guide the company’s fortunes through trying times. Due to the War, hardly any wheat is available. The women change the remaining production to livestock replacement food, fat-free cheese and raw materials for putty, paints and glue. In so doing, they succeed at keeping the company up and running in addition to supporting their employees and their families.

Dawning of a new era 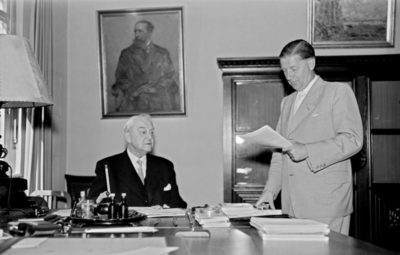 Following the Second World War, Gustav Deiters is tirelessly dedicated to reconstructing the regional economy and infrastructure around Ibbenbüren. He becomes the President of the Chamber of Industry and Commerce in Münster and is distinguished with The Order of Merit of the Federal Republic of Germany in 1953.

The First World War is over in 1918. Gustav and Hugo Deiters return to Ibbenbüren. They take over the reins from their wives once again and resume managing the company. However, no longer being at war doesn’t mean things now become easier. The economy is completely destroyed, and many employees never return from war. Yet, also in this situation, the third generation masters the challenges at hand with inventiveness and entrepreneurial spirit. Crespel & Deiters refocuses on the own agricultural holding and also founds a wholesale firm for woven goods. What is more, the brothers successfully guide the company through the chaos of the Second World War and the subsequent reconstruction. As of 1945, Gustav Deiters tirelessly dedicates his efforts to reconstructing the region in Ibbenbüren. He goes on to become the president of the Chamber of Industry and Commerce in Münster and is distinguished for his work with The Order of Merit of the Federal Republic of Germany in 1953.

Expertise takes priority over the name

The fourth generation of Deiters led the company since 1957. It developed the strategic realignment of the company and has had a decisive influence on product diversification in various industrial sectors. With Gustav Deiters junior, the fifth family generation has been at the helm ever since 1987. However, when choosing the company managers at Crespel & Deiters, it’s not the name that counts but solely the expertise. To ensure that the best possible company management is guaranteed at all times, a company board takes the decision as to who will become a managing director and who will remain on in this position.

“Even as a family member, I am always only given a five-year contract and have to face the board time and again. If it is satisfied with my work, I am allowed to continue. If not, an external manager is appointed,” Gustav Deiters, the current managing director, explains the democratic system.

Working together in facing the challenges of the future 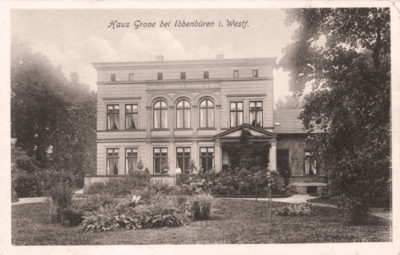 Ever since the construction of the house in 1858, it has been a tradition that the company manager who is a member of the family lives close to the factory premises.

The Crespel & Deiters family has devoted its energy to serve the company with joy, conscientiousness, discipline and a great sense of responsibility toward its employees for more than 150 years. Today, Gustav Deiters steers the company’s fortune and is fully dedicated to the family-run business. Like his ancestors before him, and so as to be able to get to the company quickly, he lives in the main house – which was built in 1858 and is located close to the factory premises – together with his family. Visionary entrepreneurship, combined with family-oriented values and a feeling of solidarity that apply not only for the own family but also for the employees bring Crespel & Deiters ahead. Yesterday, today and tomorrow.

A strong family: Crespel & Deiters then and today. 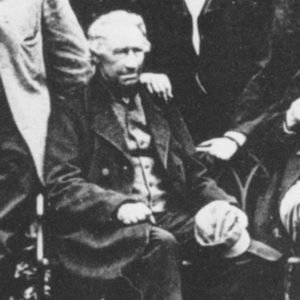 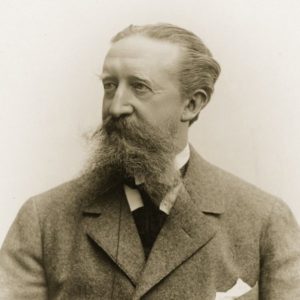 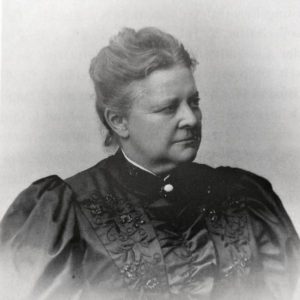 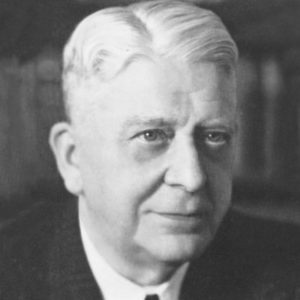 Hugo Deiters (1877–1951)
Son of Josef and Luise Deiters
After military service and business vocational training abroad, he takes over the management of the family company together with his brother, Gustav, in 1909 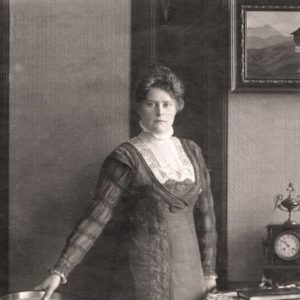 Luise Deiters (1880–1965)
Wife of Gustav Deiters
Continues with the management of the company together with her sister-in-law, Maria, while the men are fighting on the front line during the First World War 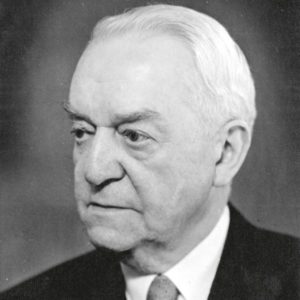 Gustav Deiters (1874–1959)
Son of Josef and Luise Deiters
Following military service and vocational training as a merchant abroad, he takes over the management of the family company together with his brother, Hugo, in 1909
President of the Chamber of Industry and Commerce Münster
Recipient of The Order of Merit of the Federal Republic of Germany 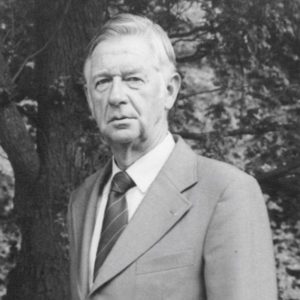 Hugo Carl Deiters (1912–2003)
Great-nephew of Hugo Deiters
Together with Hugo and Gustav Deiters, his second cousins, he is responsible for the company until 1974 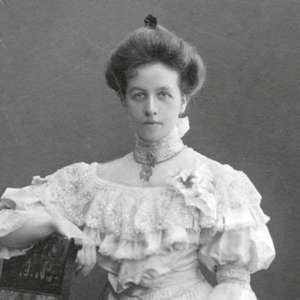 Maria Deiters (1869–1929)
Wife of Hugo Deiters
Together with her sister-in-law, they jointly manage business while their husbands are fighting on the front line during the First World War 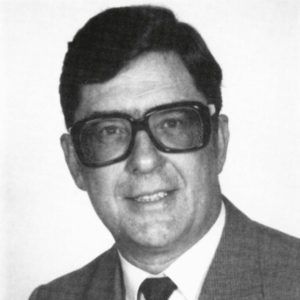 Hugo Deiters jun. (1931–2014)
Son of Hugo Deiters
Takes over the company management of Crespel & Deiters with his brother Gustav in 1957 and is responsible for sales 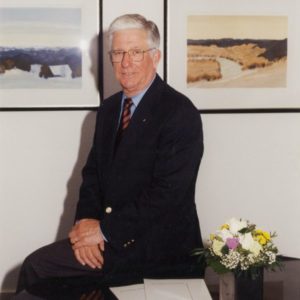 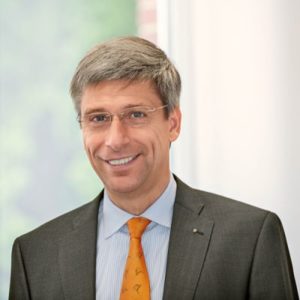 Gustav Deiters jun. (geb. 1960)
Son of Gustav Deiters
In 1987, in the 5th generation, he takes over the management of the factory and expands the non-food, food and extrusion sectors further. To this very day, is the managing director of the entire Crespel & Deiters Group