What do you do when you have toothache? You go to a dentist and get treated, knowing you are covered by your health insurance. However, an employee could only dream of this back in 1880. He worked and lived without any form of state-based cover. Whoever was ill, injured or frail had to come up with a plan.

Facing up to responsibility 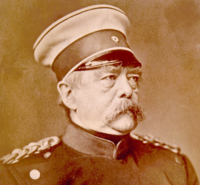 Today we cannot imagine that – until about 130 years ago – there still was no general state-based social insurance in Germany. The health, accident and pension insurance laws we know today only enter into force with Otto von Bismarck by the end of the 19th century. Their purpose is to secure employed persons in the event of illness, emergency or old age. However, already then, there are a number of responsible companies like Crespel & Deiters who voluntarily take care of their employees’ social concerns, long before Bismarck’s social reforms.

Being there for one another – in good times and in bad 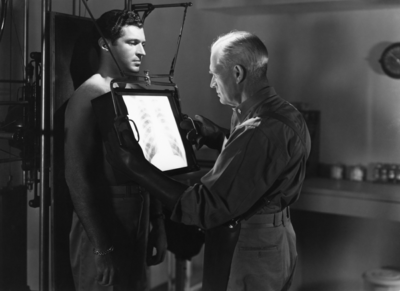 Already in 1900, Crespel & Deiters finances employees’ visits to the doctor, check-ups and the necessary therapies with the company health insurance fund.

As a family-managed company, Crespel & Deiters already sets great store by fair corporate social policies at an early stage. Already before 1900, the company insures all employees through the company-own health insurance fund, which takes over all doctor and medication costs from the first day on. And those who don’t get healthy soon, even get a daily sickness allowance. And in the worst case, Crespel & Deiters pays out death benefits to help the employee’ next of kin bridge the initial financial straits.

Membership in the company health insurance fund only costs the employees 3 % of their average daily wage, of which Crespel & Deiters even takes over one third. Crespel & Deiters also doesn’t let down the families of the employees who didn’t return after the end of the First World War in 1918 or who are no longer able to work after their return. The company voluntarily pays maintenance to the families and supports them lifelong.

In goods hands in the Drei-Hasen family 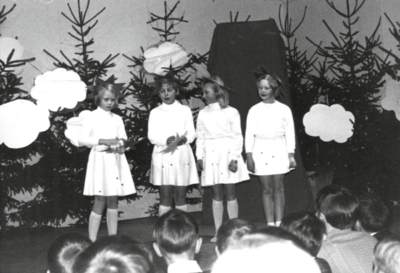 Every year at the company’s Christmas party, the employees’ families also look forward to the Christmas bonus of Crespel & Deiters.

Crespel & Deiters is a family-run business in the truest sense of the word. This is because family is not only a question of blood ties for the company but, first and foremost, a question of being related in spirit. There has always been a strong bond between Crespel & Deiters and its employees. Like in a large family, the members help and support one another and are there for one another.

Many people spend their entire professional life – from the apprenticeship to retirement – at the Ibbenbüren wheat starch specialist. Mutual respect and commitment characterises the good dealings among one another, and this allows the employees to develop professionally. This also means that Crespel & Deiters lets everyone participate in the corporate success. Here, the workforce is already paid bonuses in 1900, back then referred to as gratification, and a 13th salary in the form of a Christmas bonus. What is more, the wages at Crespel & Deiters increase over-proportionately when compared with the development of sales.

Duty alone is not enough

From a social-political point of view, Crespel & Deiters is very well-positioned in 1928. However, the owners and managing directors Gustav and Hugo Deiters want more. In the name of their parents, they call to life the Josef-Luise-Deiters foundation and provide it with the tremendous amount of 30,000 Deutschmark in capital. The foundation has great plans. As a social benevolent fund for the company employees, it takes over all daily sickness allowances and death benefit payments, contributes high grants for dental prosthesis and pays childbirth grants. Employees’ family members are also financially supported from this fund. What is more, Crespel & Deiters provides means to combat tuberculosis, which was prevalent at the time.

Back then, something that was new for democracy and co-determination: the foundation is managed by the employees themselves. The Josef-Luise-Deiters foundation does a great deal in times in which social actions are by no means a matter of course. Even after its dissolution in 1976. The remaining foundation assets of about 110,000 Deutschmark are distributed among the employees. All payments made by the foundation to date are now taken over by Crespel & Deiters directly, from case to case.

On the occasion of the 75-year anniversary of Crespel & Deiters in 1933, the employees put into words the special support provided by the company in their speech:

“They act socially, they have already frequently demonstrated this.
This is the father ‘s wish.
who spoke in ruling days:
when I earn something, I give something back, because then my people will not complain.

They also endeavour to satisfy this aspiration
to protect their people from harm.
To protect them from illness and all distress, in young years and in old.”

Luise Deiters (1835–1909) and Josef Deiters (1826–1900), who managed the company Crespel & Deiters in the 2nd family generation and who, with their names, act as patrons for the foundation their sons initiate in 1928, which has the purpose of supporting their employees.

People need a place to live 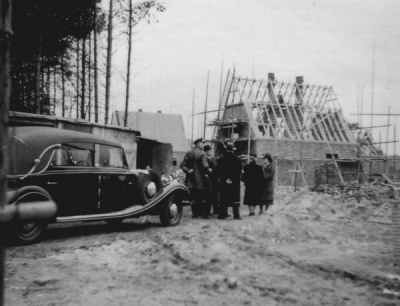 Creation of the Drei Hasen settlement at Groner Wald 1936

The Josef-Luise-Deiters foundation is also called into life to facilitate the creation of more individual wealth for the employees of Crespel & Deiters. With interest-free loans that are financed by the foundation, they can build houses, purchase flats or replace expensive mortgage credits. And here, too, Crespel & Deiters goes the extra mile once more. The capital is topped up by the company by another 10,000 Deutschmark. Built on the company’s property, close to Groner Wald, Crespel & Deiters’ Drei Hasen settlement, which still exists today, is erected.

In the Drei Hasen settlement, the employees of Crespel & Deiters can purchase property for a small amount of money that is large enough for a house, a vegetable garden and livestock holding . And, once again, everyone joins forces and gets down to work. With the building pit excavation in 1936, the employees work side by side toward realising their dream of an own home. After the Second World War, when living space is extremely scarce following wide-spread destruction of the cities, the Josef-Luise-Deiters foundation goes on to realise three additional living areas in Ibbenbüren, thereby also creating new living space for the employees in tough times.

Crespel & Deiters is a family company in the truest sense of the word. Not only that the company has been characterised by the family Crespel, respectively Deiters for more than 150 years. The company is, acts and also works like one large family. Early on, Crespel & Deiters strengthens the “we” feeling with mutual undertakings. The company organises company celebrations and relaxing employee excursions that strengthen the community spirit. 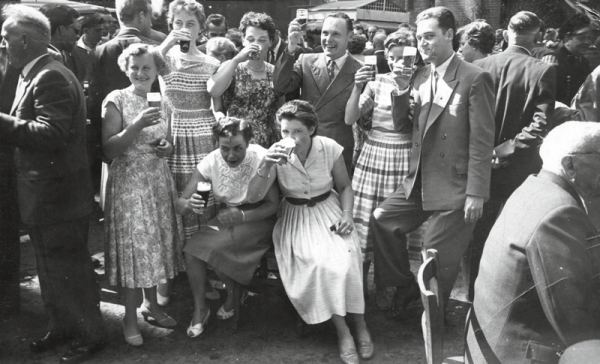 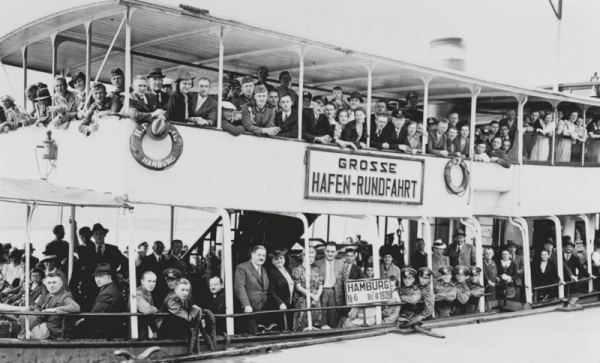 At numerous company outings, the employees of Crespel & Deiters can relax and recharge their batteries.

From welfare to preventative care

Until this very day, the good dealings with one another and the spirit of looking after one another has remained at Crespel & Deiters. Naturally, there has been development in a number of areas, and adjustments have been made to take into account the changing times. The company health insurance fund has become a modern holistic health management system. A company pension fund provides additional insurance for the employees after retirement. Holiday bonuses and many other beneifts have been added. Because one thing hasn’t changed: The social attitude of the company and its responsibility for the employees and their well-being.