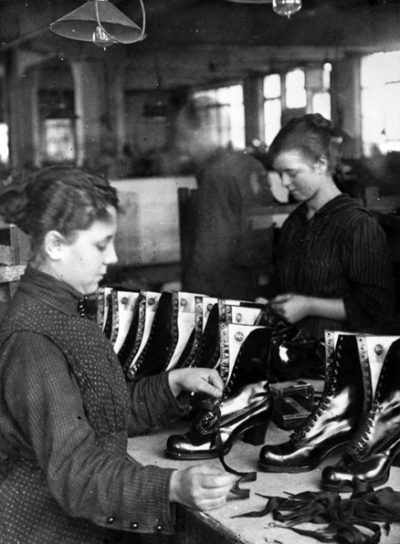 Shoe production at Salamander circa 1910

At the beginning of the 20th century, people still placed great value on the quality of their clothing. Especially because they were not so quick to throw things away or change them as we are today. Back then, people kept their shoes, dresses, shirts and trousers for a long time. In 1920, Salamander was a popular high quality German brand. The shoes with the cute amphibian logo were manufactured in a modern shoe factory in Kornwestheim. They were glued using cobblers’ glue made by Crespel & Deiters.

The story of how Crespel & Deiters got involved in shoes began back in 1865. Because of the economic impacts of the raw materials market – customs duties had sent wheat prices sky-high in some parts – Crespel & Deiters extracted starch from potatoes as well as wheat. But it is was not only Joseph Deiters who favoured the golden grain. Starch extracted from wheat is also far more versatile. The decision was taken in favour of wheat: In 1865, Crespel & Deiters shifted its starch production fully to wheat starch, flying completely in the face of the general trend towards potato. 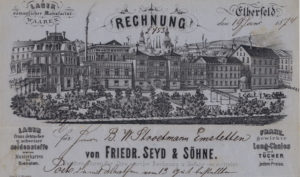 Joseph Deiters’ strategy on the up. With its high-grade wheat starch, the group was now able to tap new markets and specialised in starch production for technical purposes. The textiles and shoe industry began to take notice of the starch factory in Ibbenbüren. Crespel & Deiters from then began to develop and make products for the refinement of fabrics, which the manufacturing companies could rely on 100%. That was particularly important because at the time, textiles factories could impose high compensation claims on the finishing companies if the fabrics could not be further processed to perfection. Crespel & Deiters’ high quality wheat starch products guaranteed an optimum end result for all parties. 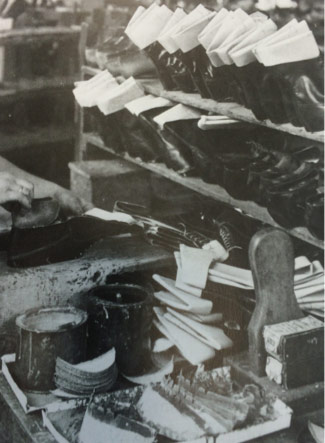 The cobblers’ glue started life as a niche product, but it’s high quality meant it was soon in big demand. It was manufactured from the gluten that results from wheat starch production. For the emerging shoe industry at the end of the 19th century, Crespel & Deiters refined the gluten to produce Vienna Glue, or as the workers called it: cobblers’ paste. The glue was also the first time the company has diversified its products. In addition to wheat starch, the glue now gave Crespel & Deiters another strategic product with relatively high added value that was in strong demand not just in the heartlands of the German shoe industry, but in Switzerland and Russia too.

1914 marked the start of some difficult years for Germany. When World War I broke out, it was initially welcomed with patriotic passion, but throughout the duration of the war the full extent German policy’s lack of preparation for the emergency was revealed. The country’s food supplies collapsed.

A dramatic slump in production by German companies triggered an economy of thrift and emergency measures. Crespel & Deiters was also affected. The complete lack of wheat flour as a result of the war, and the deployment of business owners to the front meant business operations ceased for a long period.

During this time, the company  looked after the relatives of those of its employees deployed to the front. Although production ceased, Crespel & Deiters supported the staff’s families and helped many of them out of their dire straits. 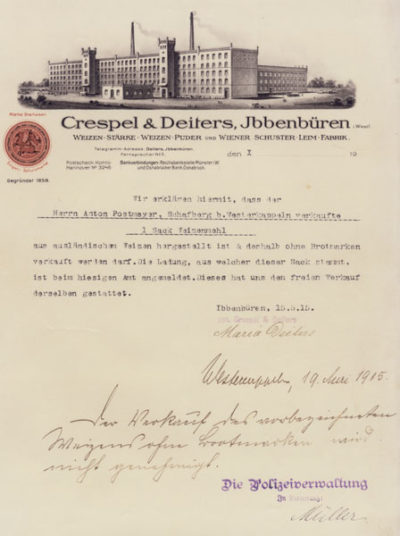 Forced land cultivation already started during the early stages of the First World War. Free movement of goods with bread grains was already no longer possible in May 1915. 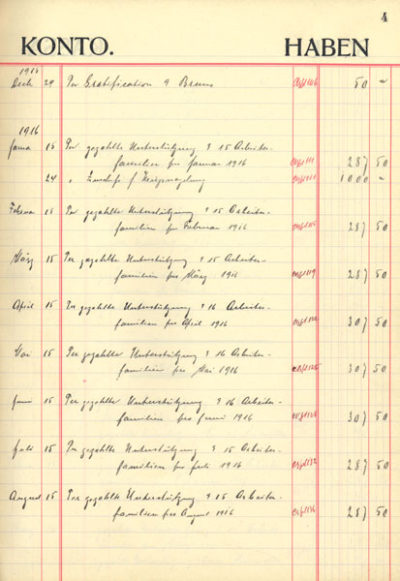 Excerpt from the Crespel & Deiters 1916 cash account book with the payouts to the soldiers’ dependants.

But Crespel & Deiters would not be defeated. It looked for alternative ways to do business. To keep the plants operating and ensure work and bread on the table for the returning soldiers, a wide range of alternative products were produced. As a result, the Webwarengrosshandlung Deiters & Co.  woven goods wholesaler was founded in 1919. Because there were no raw materials for production, the company concentrated  on trading in clothing materials, print products, linen and decorative fabrics. Even after wheat starch production resumed in 1924, Webwarengrosshandlung Deiters & Co. continued successfully until 1967.

Back to the beginning 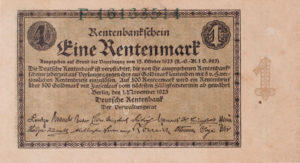 In 1918, World War I came to an end. A total of over 8 million dead and more than 21 million wounded were the tragic price to pay for the armed conflict. In Ibbenbüren too, many Crespel & Deiters employees failed to return. Germany was required to relinquish around 14 per cent of its land mass and was obliged to make reparation payments. But it was not enough for the economy to recover. The German Mark may not have been worth much during the war, but now it became completely devalued. With the introduction of the Rentenmark in 1923, 1,000.000,000,000 Marks were now worth just 1 Rentenmark. Crespel & Deiters also faced a battle, but recovered slowly and steadily by resuming wheat starch production.

He who dares wins

“If you accept the changes happening in your time and face them with courage and vision, you will steer your company and its employees safely though all life’s storms.” This credo from the founder of Crespel & Deiters is just as relevant today. Down through the generations, the company has recognised the signs of the times and responded with vision. Indeed, of the 44 starch factories that existed in Germany at the beginning of the 20th century, only two had survived and, thanks to their entrepreneurial spirit and courage, they are still producing today. One of them was Crespel & Deiters.