From pioneer to market leader
How it all began … 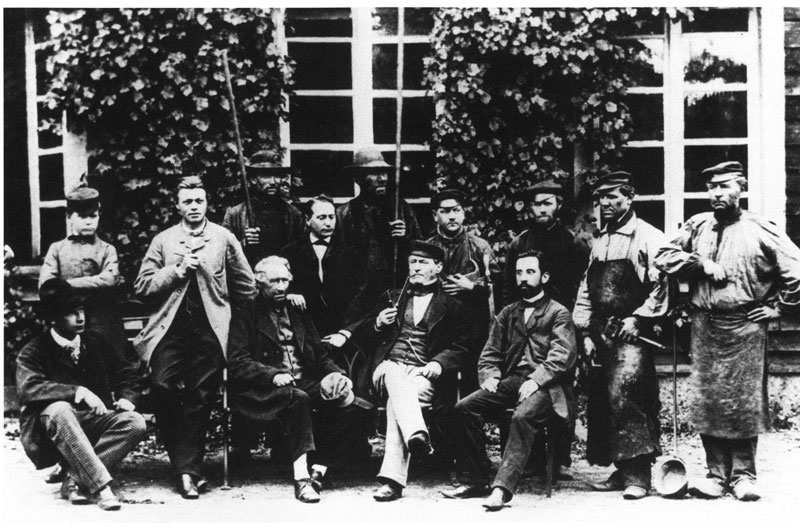 Director Alexander Crespel in front of the Gravenhorst ironworks.

1858 was an eventful year. In Paris, there was an assassination attempt on Napoleon III. William I came to power in Prussia. The steamer the ‘Bremen’ began regular navigation between Bremerhaven and New York. Jaques Offenbach’s ‘Orpheus in the Underworld’ was performed for the first time in France. And in Ibbenbüren, a quiet little town at the north-west end of the Teutoburg Forest, Alexander Crespel was preparing to write corporate history.

Alexander Crespel was the son of a privy councillor and was originally from France. Ambitious and with plenty of entrepreneurial spirit in his blood, he launched his career early. He left France in 1820 and became director of the Gravenhorst ironworks. His considerable annual salary was 600 Reichstaler. 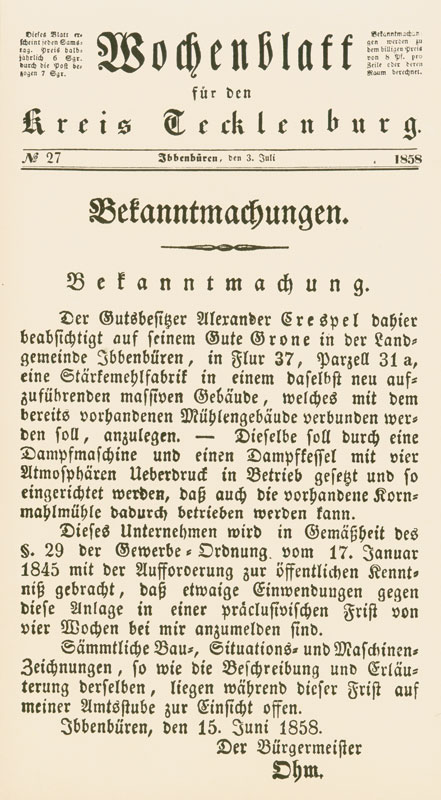 Announcement of the Alexander Crespel’s application for a licence to establish a factory in the weekly newspaper for the Tecklenburg district dated 3 July 1858.

Thus Alexander Crespel has already achieved considerable commercial success by the mid-19th century. This served as the foundation for a completely different field of activity – grain milling. In 1845, Crespel bought the Langewiese estate, followed three years later by the Grone estate, with the intention of building a grain mill there. This was to form the basis of what is today still successful starch production. On 30 May 1858 Alexander Crespel, together with his son-in-law  Josef Deiters of Münster and his son Georg, founded Crespel & Söhne (which later became ‘Crespel & Deiters’), one of Germany’s first starch factories.

The vision of starch

The landscape in in Westphalia is dominated by forests, farmland and agriculture. It’s pure nature as far as the eye can see. The possibility of using these regional resources, and a growing market for starch throughout the whole of Europe, may have triggered this business idea. Crespel & Deiters soon recognised the potential of the natural product wheat. Starch is used to stiffen laundry, glue paper, in the linen and cotton industry, in baking bread, in preparing pastries and as a hair powder. They started with starch production, and so laid the foundation for the company’s triumphant development.

From the love of wheat

Over the subsequent years, Crespel & Deiters would change and further develop the market and applications of starch for ever with its new, revolutionary wheat-based products. This innovative capacity, concentration on natural resources and love of wheat continue at Crespel & Deiters to this day. Thus this small starch company from Ibbenbüren  became a leading specialist in Europe for wheat-based products and related industry-specific, application-focused solutions. 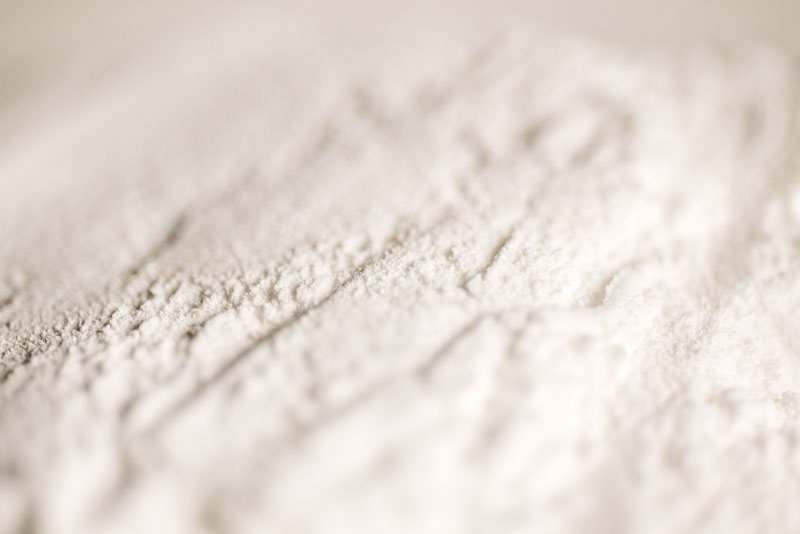 Crespel & Deiters creates functional raw materials from wheat, such as wheat starch (native and modified) and pre-gelatinised wheat starch, for application in tailored products for food and industry.