Of wheat, cheese and coals
Crespel & Deiters during the 1st World War …

It starts with violence against one and ends with the death of millions – at the beginning of the 20th century, the 1st World War rocks Europe’s foundations and changes the world forever. When the Austrian-Hungarian successor to the throne, Archduke Franz Ferdinand, and his wife Sophie are assassinated by a Bosnian-Serbian assassin in Sarajevo on 28 June 1914, the smouldering conflicts of the major powers escalate. The assassination of Sarajevo was merely the spark that ignited the explosive mixture of cropped-up fears and concerns that were triggered by the German expansion policy and ultimately culminated in an explosion. At this point in time, it is still business as usual in the Westphalian town of Ibbenbüren. As yet, nobody knows that the course is inevitably being set for war, a war that would destroy the continent in the next four years and demand countless victims

The start of War 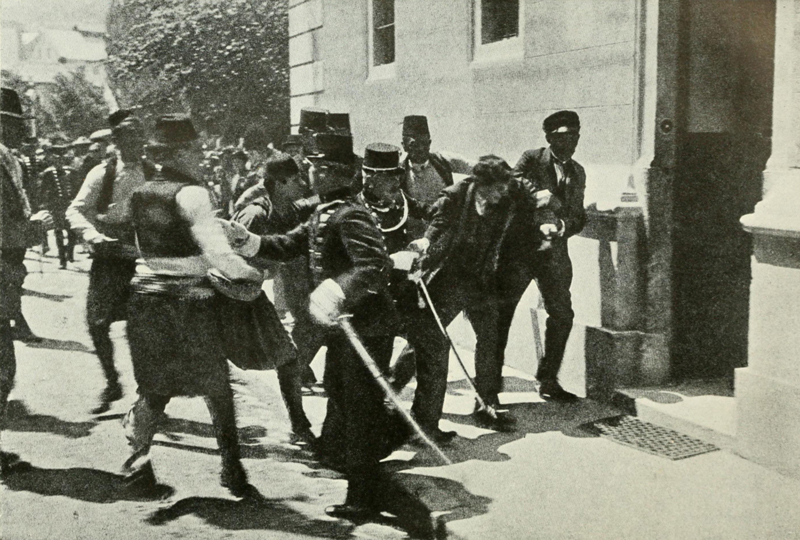 Arrest of the assassin, Gavrilo Prinzep, following the assassination of Archduke Franz Ferdinand in Sarajevo 1914

During this time, Westphalia – also because of the development and production performance of Crespel & Deiters – has become the centre of modern industrial wheat starch production. Hugo and Gustav Deiters have been managing the Ibbenbüren wheat starch company’s destiny since 1909. Business is booming. The two businessmen have only just invested in their first truck and, as such, modernised the German starch industry’s transportation. Then, as a direct reaction to the murder of its successor to the throne, Austria declares war on Serbia. As an ally of Austria, Germany also immediately gets involved in the war-related events. In an unholy alliance, a number of different allies make a pact with one another: Russia leaps to Serbia’s defence, France in turn supports Russia, and Great Britain is a part of this alliance. However, this is only the start. Subsequently, so many countries still get involved that, ultimately, it appears as if everyone is conducting war against everyone else.

Pragmatism in the countryside 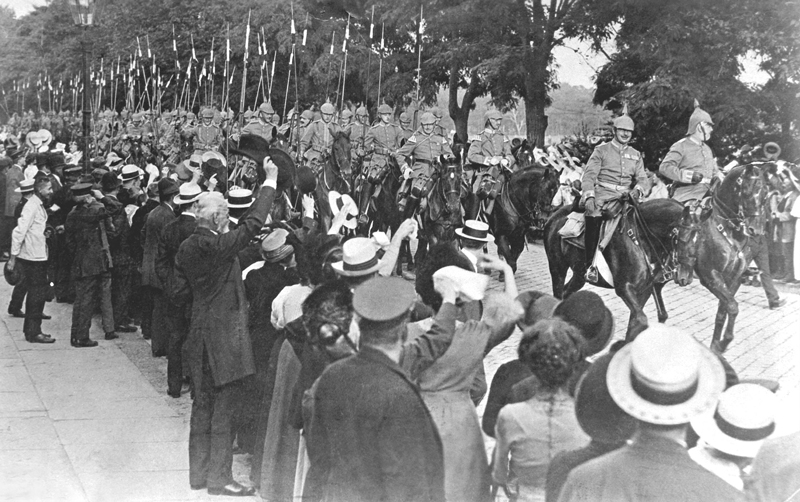 Rejoicing in Berlin with the guard heading off to war in August 1914. 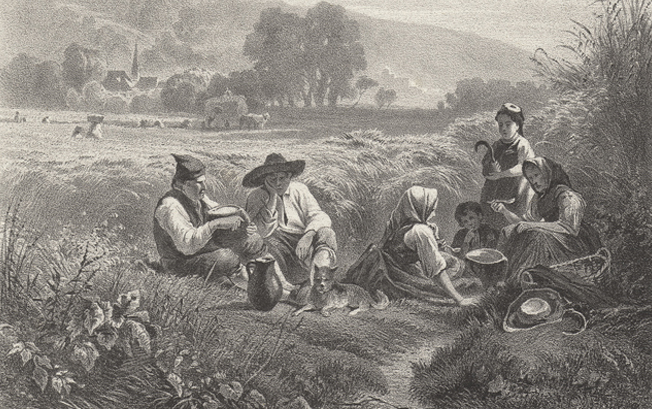 Meanwhile, in the countryside, people are busy harvesting the crops – here the war still seems far away.

In the cities, people on the pavements are patriotically cheering on the soldiers heading off to war. In the countryside, enthusiasm is considerably more subdued. It is a fact that the typical Westphalian is not someone who tends to excessive emotional outbursts. Yet, with the Ibbenbüren citizens, a large portion of pragmatism is also found. Here people live on the land and from the land. In August, everyone has their hands full with harvesting the wheat on the fields. Here, nobody has time to go to war. Yet Germany mobilises its forces, and the men have to go to the front. Also the employees of Crespel & Deiters, including the two managing directors, do their duty for their fatherland. From this point on, to a great extent, the women now took over the work and the regiment at the home front.

The regiment of the women 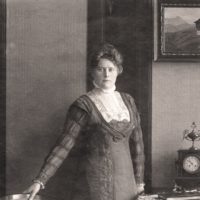 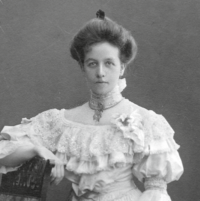 It is Luise and Maria, the wives of Hugo and Gustav Deiters, who have power of attorney during the war years and assume responsibility for the company’s success. With the vigorous support of their remaining employees, they manage to guide Crespel & Deiters through the war turmoil successfully. And this is no mean feat. Because, quite quickly it becomes apparent that the German Empire is everything but prepared for a long-lasting war.

Due to the lack of workforce and resources, German production collapses. During the first months of war, Crespel & Deiters already has to discontinue its production of wheat starch completely. In particular, there is a lack of raw materials. Today, Germany is the seventh largest wheat producer worldwide. In great parts of the country, wheat fields characterise the image. However, at the start of the 20th century, Germany is greatly dependent on wheat imports. Already prior to the War, the supply situation can hardly keep up with population growth. With the start of the 1st World War and the collapse of merchant shipping, the situation is exacerbated further.

From wheat starch to fat-free cheese

As there is not enough wheat for the people and animals in the country, creativity is called for to find a solution regarding the supply situation. For this reason, Crespel & Deiters takes on the challenges posed by the new situation and develops livestock replacement feed. Fat-free cheese is produced for the people. What is more, with putty, colours and lime, the company serves with other production areas in the German economy. In this manner, at least, albeit on a small scale, Crespel & Deiters manages to keep its production up and running and pay the remaining employees as well as the families of the employees at the front a monthly salary.

The guys from Ibbenbüren are there

For the men fighting under captain Gustav Deiters in France, truly special help is received from the Westphalian home base in 1914. During the march from Reims to Bourlon forest, Deiters realises the terrible state of his troops. They are lacking fresh clothing, food, something to drink and cigarettes – a lack of everything that makes life a little bit easier to bear for the soldiers. Deiters sends a telegraph to the company back home and requests the bare necessities. The loyal employees surpass themselves and manage to collect 6,000 marks. Back then, this was still gold marks. From the memories of Gustav Deiters, the following story has been handed down:

„The battery took up position at Vimy hill. In the evening, I was sitting with some gentlemen, playing Doppelkopf, when my lieutenant suddenly stormed in – by the way, not in accordance with disciplinary protocol – and called: “Captain, the guys from Ibbenbüren are there!’” What does this mean, why the guys from Ibbenbüren? By that time the door had already opened and colleagues from the wheat starch factory entered. They had three trucks loaded with gifts from home. We were at least as surprised as we were overjoyed.“ 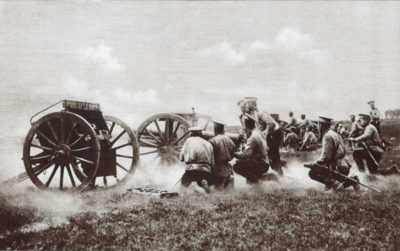 During the 1st World War, battles were waged at too many fronts, and this ended with Germany’s capitulation.

Four years after the start of the War, the German Reich capitulates. Peace negotiations start and, on the 11th of November 1918, the War is over. Millions of injured, traumatised and deceased are the sad result of the War. At this time, Germany is still far from ordered circumstances. And the economy also has major problems to pick up momentum again. During the War, the government introduced the savings and emergency economy. The direct impact was state-stipulated coercive management of strategically important war productions. The massive interference of the state in the businesses triggered a downward economic spiral. Skilled entrepreneurs lost decision-making powers in their own company. Now bureaucrats were the ones to decide about the companies’ destiny. With fatal consequences. Because the wartime economic policy did not intend any investments in the company, there also was no development. Much rather, production sites, resources and employees were “exploited” en masse. The result was inevitable: the German economy collapsed. Also with the end of the War, this control by the state is not over. For Crespel & Deiters, this still means that they have no possibility to resume work with the company’s cereal starch plant under their own auspices. Wheat starch production was also idle, because there were hardly any raw materials. In addition to this, the unstable political situation in the country aggravates a return to normality.

From wheat to cloth

So as to maintain operations and to allow the veterans to earn a living, Crespel & Deiters works with the agricultural estate as an interim measure. What is more, a woven goods factory is founded. Because there are no raw materials for production, the company concentrates on trading in clothing fabrics, print products, linen and decorative fabrics.

New opportunities underneath the surface 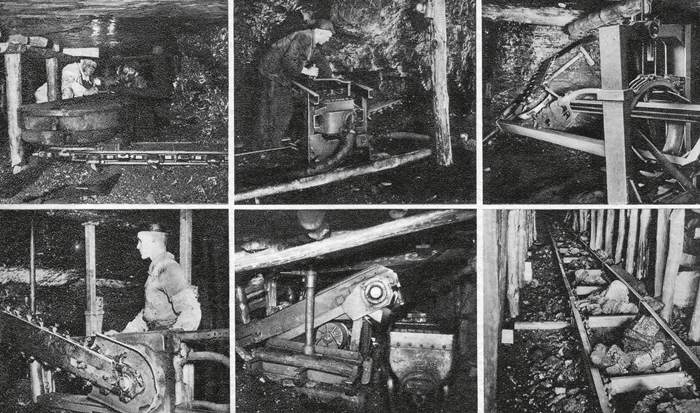 In 1921, Hugo Deiter, who has meanwhile returned from the War, leases a coal mine from the Prussian mountain revenue office. The mine was called “Mieke”, after his wife. This is how he starts working in the mining sector. The limited partnership mines black coals. Deiters doesn’t earn any money with this endeavour, because he pays out all the profits to the limited partners. This way, he supports friends and relatives of the family who had very limited means during this time. Because: keeping together in times of need; assuming responsibility for ones loved ones – be it family, friends, the milieu or employees – this is a fundamental principle of the Crespel & Deiters family company, to this very day.

Back to the roots

Meanwhile, inflation keeps on increasing. The desolate economic circumstances culminate in the currency reform in 1923. Once again, everything has to start from scratch and this also applies for the family company, as for all Germans. With the Rentenmark, a stable currency is finally in place again, by means of which Crespel & Deiters can once again resume wheat starch fabrication as of 1924. In so doing, they pave the way for the company’s development toward becoming one of the leading specialists for wheat-based products and solutions in Europe. 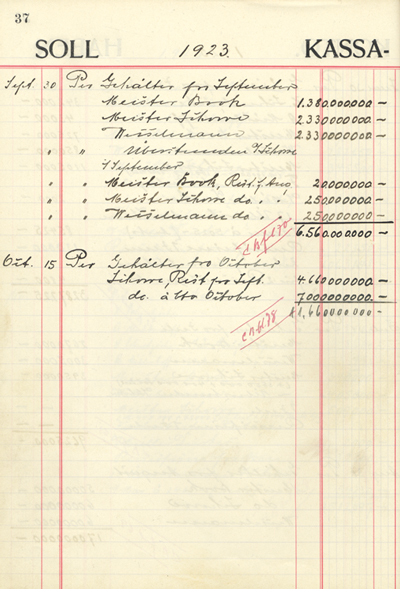